7 Ways To Make Your Game Design More Gripping – A guide to using hyperstimulation to make your games more intense.

Arcades used to be loud. Sensory overload was the status quo. Hyperstimulation was a feature of nearly all videogames.

Busy arcades were row after row of cabinets, each trying to compete for the same quarters. This desperate atmosphere caused hyperstimulation to emerge as a survival trait of arcade games. Visually-thick games thrived. Dull games died. Developers relied upon a certain combination of bright blinking lights and seductive sounds to pull innocent players into their machine versus the neighboring machine. Story was tacked on as an afterthought.

Today’s videogames take inspiration from the arcades of the ’80s and ’90s, but only a few genres really continue the arcade tradition of hyperstimulation. What happened? Where did the razzle & dazzle go?

Play a recently released state-of-the-art videogame title today and it’s hard to find these arcade roots. You really have to dig. For instance, consider Naughty Dog‘s latest release, The Last Of Us Part II. Its user interface is a minimalist grey and white. Barely noticeable. Minimally intrusive. Wouldn’t want to obscure the high-resolution renderings of Seattle, would we?

Contemporary creative direction seems to prefer negligible, forgettable visual overlays in favor of realism. Flashing scores and special effects are just too surreal for modern taste. It’s reasonable. It’s safe. The premise is that realistic graphics, in combination with a gripping narrative, will keep a player invested and thinking. This is one modern interpretation of “fun”. If nothing else, a dramaturgically proper narrative structure can distract from poorly designed gameplay, and maybe that’s why these sorts of realistic story-driven games exist? The story becomes a sleight-of-hand trick to make a player forget that their original goal of playing a game was to have fun. I don’t know if this is true or not, but this is what it might seem like to ye olde game developers of yore anyways. This missing element is hyperstimulation.

I recently played Taito’s shoot’em up arcade game G-Darius, and it was a completely different experience entirely. It was trance-inducing. It was physically fun. Visceral. Dizzying. G-Darius physically caused my brain to release dopamine. In 1997 this was the goal of a game. This was the objective. I think I was actually getting a dopamine high. I think I was actually getting addicted. Physically. Chemically.

It isn’t exactly fair to compare a third-person shooter to a side-scrolling shoot’em up, that’s understandable. They are different genres. But the feeling the games gave me was night-and-day. The difference was hyperstimulation.

The competition for attention first seen in the 90’s arcades was only preparation for competition for attention seen all around us today. Text message notifications. Social media notification. Pre-roll ad after pre-roll ad. Promotion after promotion. It’s a noisy world. The first place we really got a glimpse of this sort of noisy environment, this survival of the most stimulating, this neon jungle, was the arcades. Again, hyperstimulation is a competitive advantage. Blips, dings, swooshes, bursts, these things give feedback to get us and get us addicted to their service, so spend more time using the product.

Hyperstimulation levels the playing field. Hyperstimulation offers a very real, tangible, physical competitive leverage. This is a super-effective way to increase engagement with your players. Overwhelming visuals will help sell your game. Hyperstimulation will get people to put quarters in your game instead of someone else’s game.

Another thing to consider about using hyperstimulation: Special effects and reactive graphics are design elements unique to videogames. No other medium has instant feedback like video games. Movies do not have a high-score. Netflix originals don’t have flashing pickups. A book does not even come close. These are special design elements exclusive to videogames. How can we tap into their secret power? What are some good examples of hyperstimulation?

We really have to look hard for that noisy arcade charm these days. It seems that in the current market, casual phone games are the best at keeping the hyperstimulation tradition alive.

Games like Dr. Mario World, Jewel Hunter: Lost Temple, Gunman Taco Truck, BHM Black, even the new phone versions of G-Darius all provide veritable feasts for the senses that that can drop players into a deep altered state of interaction.

What things are these games doing that makes them so vibrant? Let’s look closer.

These are the 7 ways to make your game design more gripping:

1 Colors. Bright, powerful colors. The sorts of colors that light-emitting diodes can create. The trend for games ever since World War II shooters or horror games on the Playstation has been toward muted, drab greens, browns, earth tones. To achieve hyperstimulation, however, this tendency must be reversed in favor of high-contrast super colors. Remember the ROY B GIV of the color spectrum? Red, orange, yellow, blue, green, indigo and violet must all on the screen at once.

2 Movement. Everything moves. No exceptions. If it’s on-screen, it vibrates. It pulses. It spins. It scrolls. There is no need for there to be static visuals. If a player wanted an image to stand still, they would look at a photograph.

3 It moves towards the player. Specifically. Not just the player on the screen, but the player behind the screen. The person playing the game. Graphics must propel towards the living breathing human at the joystick. This triggers a feeling of motion within the person. If we’re doing it right, they may even feel motion sickness.

4 Flashing. Elements must flash to draw attention. No flashing, no hyperstimulation. Great things to flash are scores or health bars getting low. The faster the flashing, the more intensely it will grab attention. Arcade games should have flashing at speeds modern designers would be afraid to try.

5 Shimmering. Gold is naturally appealing to human senses. Many elements should be made to appear as shiny metal and frequently glimmer in the light. This is especially effective on text and counters. Remember: everything must move.

6 Atmospheric particles. These can come in the form of stars, sparkles, bubbles, fireworks, explosions, bursts of light, confetti. If a player touches the object, it must emit particles. There is no reason for this not to occur in your design.

7 Noise. Each event that occurs on the screen must make a sound. If it moves (and it should), then it will make a sound of some sort. The sound doesn’t even have to be realistic. In fact, the more synthetic the sound, the more it is going to transport players to a different dimension. Remember: your game must be louder than the game to the left and to the right of the machine. Imagine the noise of the arcade. Your game must be louder than this.

Thank you for your time! Hopefully, this has opened your eyes to the possibilities hyperstimulation can unlock in your next game project. Let me know if you’ve found this guide helpful or if you have any other ideas to contribute on hyperstimulation. 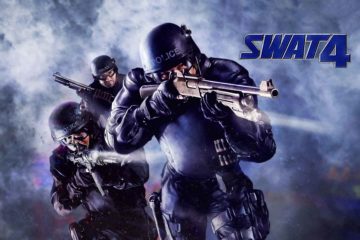 Until last year, my only experience with tactical shooters was Rainbow Six Siege, and although I find it an amazing game, I have spent only a few hours actually playing it, since it’s an experience Read more… 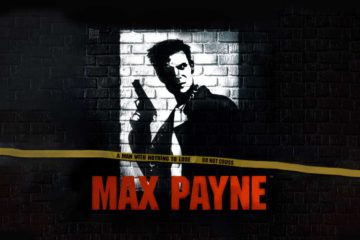 This was a title that I had been curious about for a while, but never got to play it. Until a certain Steam Sale told me it was time. For those not very familiar with Read more… 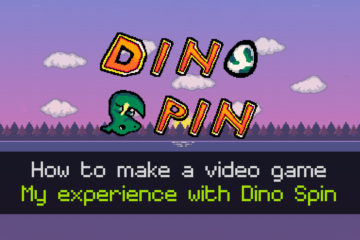 How to make a video game – My experience with Dino Spin

Making a video game is an exciting way to immortalize your ideas. With the technology available today, developing games has never been easier. There are a lot of free and paid quality tools for you to use Read more…